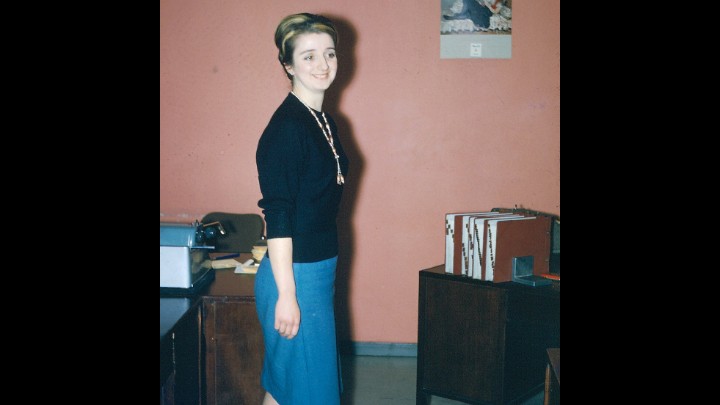 While I pondered on my seemingly bleak future, changes were taking place at the Bolton Evening News where I’d worked for a couple of years. In our little accounts department, we'd been doing more work and an extra person had been taken on, Lucy*.

Her family had gone to live in South Africa a few years previously and with going to school there, she had become indoctrinated with the apartheid ideology. As a child in the Fifties, I'd become used to and accepted the influx of West Indians but her attitude was the first time I’d come across outright racism. I remember one day she came into work, shaking and crying, ‘because a native came and sat next to me on the bus.’

One of the girls I'd worked with had married and moved away from Bolton with her husband. The vacancy caused by her leaving was filled by Elaine*, Lucy’s sister. Elaine was completely different than her younger sister and although she’d been married for a year or so, they’d returned with her family to England because they weren’t too happy with the apartheid politics of South Africa. She invited me to the family home and there I met her brother, Fred*.

Older than Elaine or Lucy, he was different again to either of his sisters, small, slightly built, with a gentle quietness of manner. He and I started to go out together, enjoying each other’s company. He loved ballroom dancing and was very good at it. We used to travel to Manchester in his little Austin every Saturday to go to the Tudor Ballroom at Belle Vue. We had to be there was soon as they opened, while there was still room to dance properly. There was a great feeling of freedom in the way we swirled and dipped round the ballroom and we talked more than once about entering competitions.

Neither the idea nor the romance came to anything for I soon found that poor Fred suffered from depression.

Then he’d talk about his time in South Africa and I learned more about the inequalities of the apartheid system from him than I did in the newspapers. I learned too of the fear in which the far-outnumbered whites lived, with high security and guns, and the heavy drinking they indulged in to blot out the unspoken dread in their hearts.

If I’d still been at the Bolton Evening News working with Elaine, it would have been difficult but by this time, in early 1962, I was working as a shorthand typist for an advertising agency, F John Roe, in St Ann’s Square, Manchester. At first, it seemed as if it would fulfil all my expectations. Even the tedious bus and train journey was exciting, especially when Philip Lowrie, who played Dennis Tanner in the new and innovative serial, ‘Coronation Street’, sometimes caught our train in the morning on his way to Granada Studios. Walking through the streets to and from work with worldly-wise commuters made me feel that I was much more at the heart of things, even if I was only a minor cog in the wheel of advertising.

I worked for several people in a small typing pool at F John Roe’s and they were all very patient with me for my shorthand was abysmal. I could take it down fairly well, a mixture of shorthand and abbreviated names, but I could never read it back. That never changed. Being used to doing nothing more than invoices at the Evening News, letters were almost beyond me and more ended up in the waste bin than in my out tray.

I made one very good friend there, Kathy, a down-to-earth girl and although she was younger than me, she took me under her wing.

She was also at a loose end and we started to go around together. We solved the problem of me not being able to get home to Horwich from Manchester after a night out by me staying at her house a couple of times a week.
Manchester, for all that it was a large city, still had that small town feel about it, an intimacy that meant you were often likely to bump into people you knew in one jazz club or another, or come face to face with Dennis Law of Manchester United or Peter Adamson, who played Len Fairclough of ‘Coronation Street’, at a party in Prestwich.

Yet it was about to change again. Kathy had started going out with the lovely man who was to become her husband so I didn’t stay over in Manchester quite so often. With no boyfriend of my own, I was lonely once more. As was often the case, it was Mum who solved the problem. She still purchased ‘The Lady’ magazine every week in case that superlative job turned up. One day, she spotted an advertisement for an American couple who wanted a ‘Mother’s Helper’ for their three boys in Princeton, New Jersey. I was dubious at first, wondering if I could cope with three boys especially if any were like my young brother Mark. Although I loved him, he was a little terror and one of the few things my parents and I argued about was that they let him get away with so much when they’d been so strict with me. Still, I decided to give it a try and sent a letter off, telling them about myself.

Letters and photographs flew back and forth across the Atlantic. When the Peters, as the couple were called, offered me the job, sight unseen, I think it was the fact that it rained nearly every day that summer that finally decided me to accept. There were no restrictions then about people going to work in the United States providing you had a job to go to. It was decided that initially it would be for a period of a year, they would pay my fare there and back, but if for some reason I left before, I’d have to pay my own return fare. It was an exciting day when my tickets for the Cunard Line’s ‘Sylvania’ departing from the busy port of Liverpool, arrived.

With so much to do and a visa to arrange, it seemed as if I was on a roller coaster.

The trip to the American Consulate in Liverpool was a nerve-wracking experience. It was awe-inspiring to be faced with armed guards standing stony-faced in the entrance lobby of the Consulate. And the form I’d had to fill in was something else, pages long and virtually wanting to know every detail of my past life and those of my parents. There was even a section on subversive activities, which listed peace organisations. I was glad then that I hadn’t actually joined the Campaign for Nuclear Disarmament during its Aldermaston period although I had been on the fringes for a while. Young people everywhere, having seen pictures of the devastation caused by the two atomic bombs in Japan in 1945, felt threatened by the seemingly endless conflict, known as the Cold War, between the two super powers, the US and the USSR who tried to outdo each other with bigger and more powerful weapons.

If the armed guards were daunting, being ushered into the Official Presence was worse. She sat, a middle-aged woman, at an enormous desk with the Stars and Stripes flag at her side and a picture of John Kennedy, the new ‘glamour boy’ President on the wall behind her. Peering over her spectacles, she meticulously took me through every aspect of the form I had filled in. She made me feel decidedly uncomfortable as if I’d got something to hide and I squirmed several times. Finally, I walked out with my brand new passport stamped with that precious visa.
Almost before I knew it, it was 29 September 1962 and time to go. My cabin trunk, purchased second-hand, with my favourite books and records wedged in between clothes that I wouldn’t need until I arrived in Princeton and my suitcase for the journey had both been packed.

Having to accept whatever date I was given, my departure date had clashed with one of Mum’s periodic day trips that she still organised for the women from the Beehive Mill. She was horrified when she found out, but then she had an inspired thought. She’d juggle the day’s programme a little and divert the coach, so that the whole party, many of whom I knew from my mill days, could wave me off.
And that is precisely what happened. My last sight of Mum was being surrounded by many of her friends. Everyone from the coach was waving frantically as the ‘Sylvania’ edged her way down the River Mersey. Though my eyes were blurred with tears, it was a sight to treasure and one I shall never forget.

Slowly, the gap grew wider and the coach party on the quayside grew smaller so that Mum was no longer distinguishable in the crowd. I stood there, hands clenching the rail, until all I could make out of Liverpool were the twin towers of the Liver Building. Time to face the rest of my life, I decided, and turned away from Liverpool and England.

Lead photo taken at the Bolton Evening News in 1962. 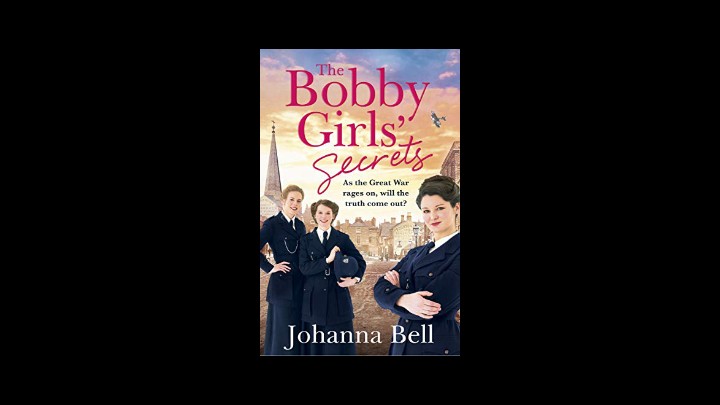 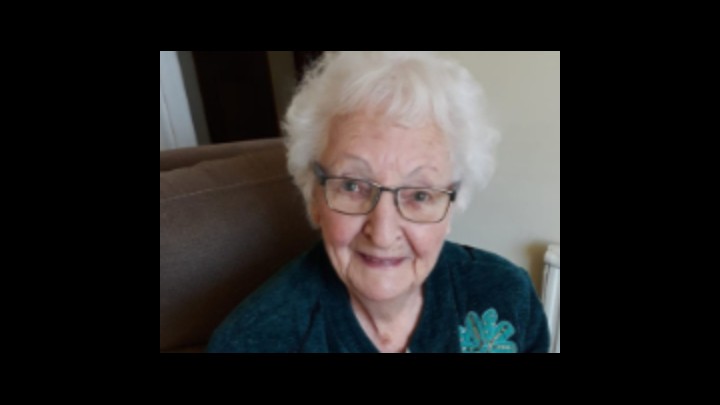 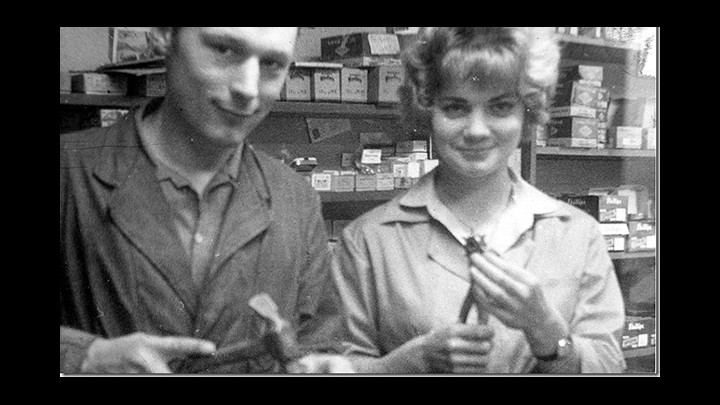