Friends declined to accompany me and my partner was reluctant, but his change of heart brings us to Poland. Is he sure? No, but he will go. We put it on our list for my 70th year and the 70th anniversary of Liberation. 2015. A three-night trip. We don’t tell too many friends after some raised eyebrows and comments, although a few have preceded us and recommend restaurants and must-see sights.

Krakow is cold in March but its climate can surprise so, while the UK shivers in single digits, we carry our coats for two days. On Day 1, we enter the 13th century St Mary’s Basilica with its richly decorated interior admiring the Gothic stained glass windows and artwork. On Day 2 we head for the Jewish quarter, the Remuh Synagogue and the old cemetery desecrated by the Germans during the occupation. We find the river, cross the bridge and walk to the Schindler Factory Museum with its three levels of photographic, film and first person accounts of life under Nazi Occupation.

Day 3. Our coach heads for the site of one of history’s most horrific crimes, Auschwitz/Birkenau. The museum embodies tragedy, inhumanity and the survival of the will. It stands as a testament to the inconceivable atrocities of the Second World War while paying tribute to the estimated 1.2 million lives unjustly taken within. A chilling introductory film occupies us during the 45-minute coach journey, the sunshine of Krakow soon replaced by drizzle. Once through the airport type security, the view of the Nazi death camp is interrupted by a mass of coloured umbrellas under which huddle groups of predominantly young people.

Despite, a plethora of 1950s war films, books on the Holocaust and university study, I learn much. Nothing can prepare you for the vastness of the camp, the chilling sight of the ‘Arbeit Mach Frei’ sign over the entrance, the terrifyingly high guard posts, the barbarous boundary wire and the bullet-battered execution wall. Accommodation blocks house exhibits including wall-to-wall photographs of the first internees, shaven-headed, hollow-eyed and hauntingly dressed in the all-too-familiar striped pyjamas. Later, increasingly large numbers rendered recording impossible.  There are disturbing sights of suitcases, children’s shoes, artificial legs and ceiling-high mounds of human hair which shock and saturate our senses. German ‘loot’.

How was this possible? Our guide explains the Germans hid their crimes building the camps between two rivers. Deception included releasing photographs to the Red Cross of children, carrying their few pitiful belongings, with a concerned plea to ‘find the parents’.

Visiting Auschwitz is mandatory for German schoolchildren. Our own tour reminds us that we should never forget. The camp has barely changed since liberation in 1945 and the walk is long, gruelling and physically demanding. It is certainly not for those with mobility issues. We walk to the far end where one crematorium was destroyed by inmates who obtained explosives from outside the camp – their aim to hold up the extermination until liberation. Word was that Russians and Americans were getting nearer.

By now we are descending the steps to the gas chamber, past the showers with our guide pointing up to the roof shaft where the poisonous crystals were dropped into the room. Surprisingly, despite pleas for sensitivity, camera phones flash repeatedly. I draw a quick breath to avoid saying something I may regret. After all, who knows if the person next to you lost relatives in the genocide? Did these self-professed photographers – everybody is one these days - intend browsing these horrific images at home? Well, it takes all sorts to make a world – one tyrant to break it. But, for us, every sight remains etched on our memory.

There was no need for cameras. 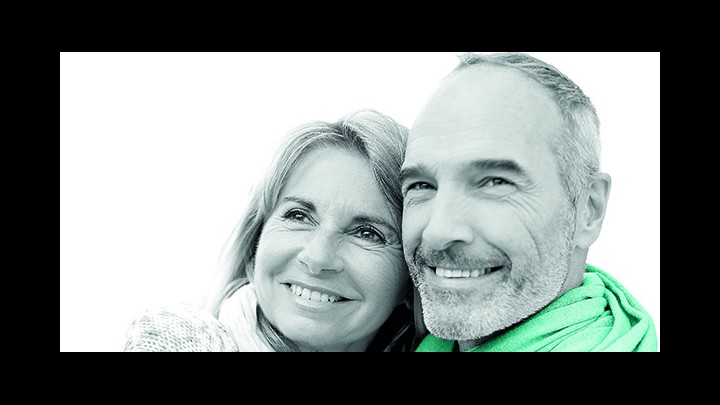 Nicole Addy from My Dentist the largest provider of NHS dentistry in the UK, explains how your mouth changes over time and how you can make your teeth last a lifetime.