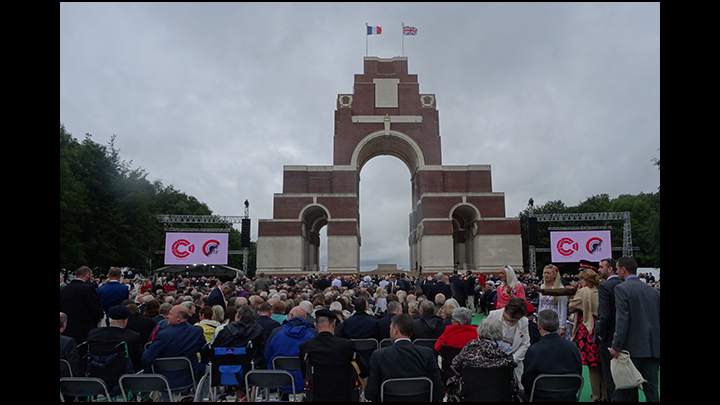 My good friend Sally Jones wrote this review in 2016. It is the 102nd Anniversary today. Over to you Sally!

As Geoff's Grandfather fought in the Somme in northern France, we thought it fitting to apply for tickets to the Ceremony in Thiepval for the 100 yr Anniversary on the 1st July this year.

We applied way back in September of last year....not really thinking we'd be lucky enough to be allocated any........but......as luck would have it an email arrived with our name on two of the tickets!! There were approx 10,000 tickets up for grabs......

Over the course of the next few months, we received numerous emails detailing where we were to park.....what time our allocated bus would leave.......what we were and weren't allowed to bring with us..........and of course how the day would pann out!

We decided to include this special day with our usual 'following' of the Tour de France in our campervan......but that's another story!!! 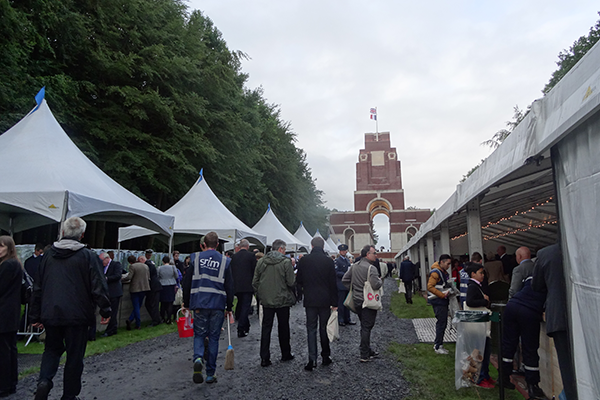 Walking around the many stalls

So......Friday 1st July at 6am saw us at Albert Airport. We joined the queue to get through the security.....got onto our allocated bus and headed off to Thiepval where the service was to be held. 20 minutes later we arrived and were all given a souvenir bag full of goodies which included a couple of Battle of the Somme books, poppy pins, bottled water and of course the see through rain coat as rain was very much on the cards!!!

The Ceremony wasn't due to start until mid-day, so to while away the hours we were fed and watered......croissants, brieux, pain aux chocolat, slabs of choc cake to name but a few, were all beautifully presented along with the coffee and of course the typically British tea!!!

So far so good with the weather.....as by now there seemed to be thousands of people milling around....... We were able to take our seats about an hour and a half before the service started and to keep us amused a film was showing on one of two large screens either side of the Monument detailing some of the events that took place during that awful time. 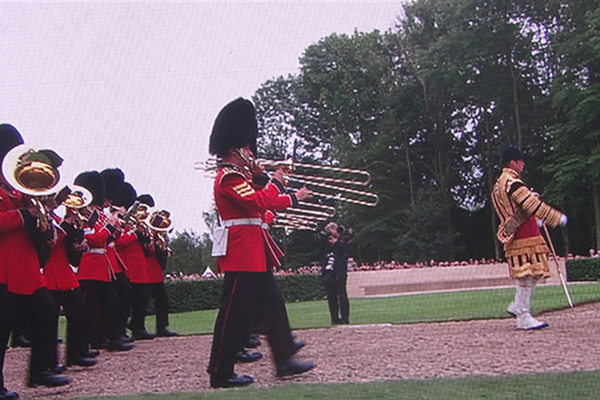 The band of the Welsh Guards

The band of the Chœur de l’Armée Française

We were all seated in time for the British military band to impress us.....then the French military band......what a wonderful sight as they paraded around playing their instruments. 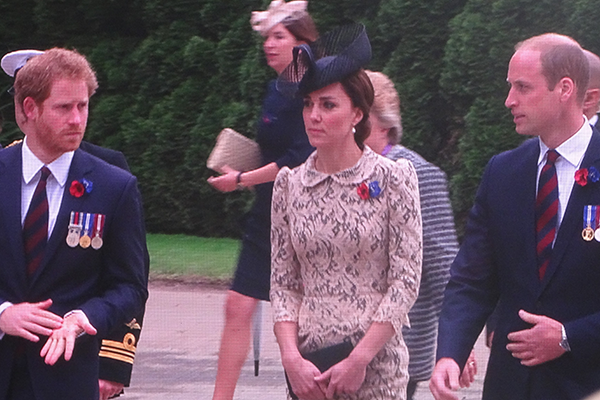 Prince Harry and the Duke and Duchess of Cambridge

The Dignitaries were filmed as they arrived and shown on the screens for us all to see. Prince Charles, Camilla, William, Kate, Harry to name but a few. Charles Dance and Joely Richardson narrated through the service introducing different members of the public to read out letters/recollections of the Battle of the Somme......some very moving.......some a little amusing.......but all very heartfelt.....and all very passionate.......then the heavens opened!!!! Out came the raincoats......no brollies allowed as they would obstruct views.....fair enough. 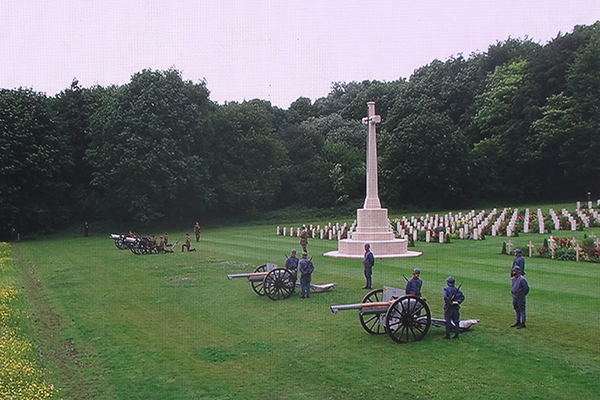 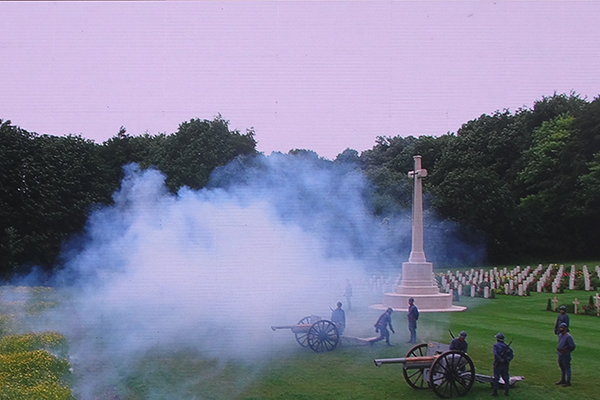 The ceremony was rounded off by canon salutes on the other side of the Monument, where prior to this, school children had laid wreaths on the war graves, all relaid to us on the big screens.

Picnic lunches were provided for us all......three baguettes, a slice of quiche, orange juice, a piece of fruit, a piece of cake.......again all beautifully presented with serviettes.......what a feast!!

The coaches were there waiting for us at the end of the day, giving us plenty of time to stroll round the graves and the Monument and reminisce on the day. The timings, planning etc were second to none......we spoke to many, many people and they were all of the same opinion as us.......a very poignant day but will leave us all with memories to recall on in the future. 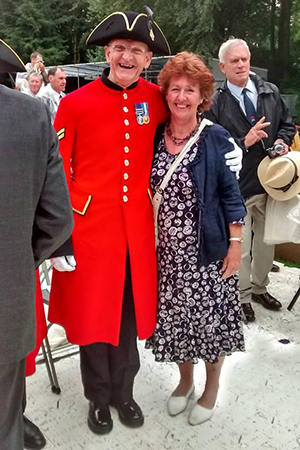 A Chelsea pensioner and me!

Maybe some of you saw all, or part of this ceremony on the television....I do hope so.....as it really was a truly memorable occasion.